First, I was cast in a video to help show the potentials of Care-o-bot 4 in caring situations. It was very different working together with a robot as compared to other actors. In some ways, Care-o-bot 4 was a bit of a diva. We ended up using the first take where Care-o-bot performed best, and I the worst. Though things are still in editing, there may yet be a reshoot. 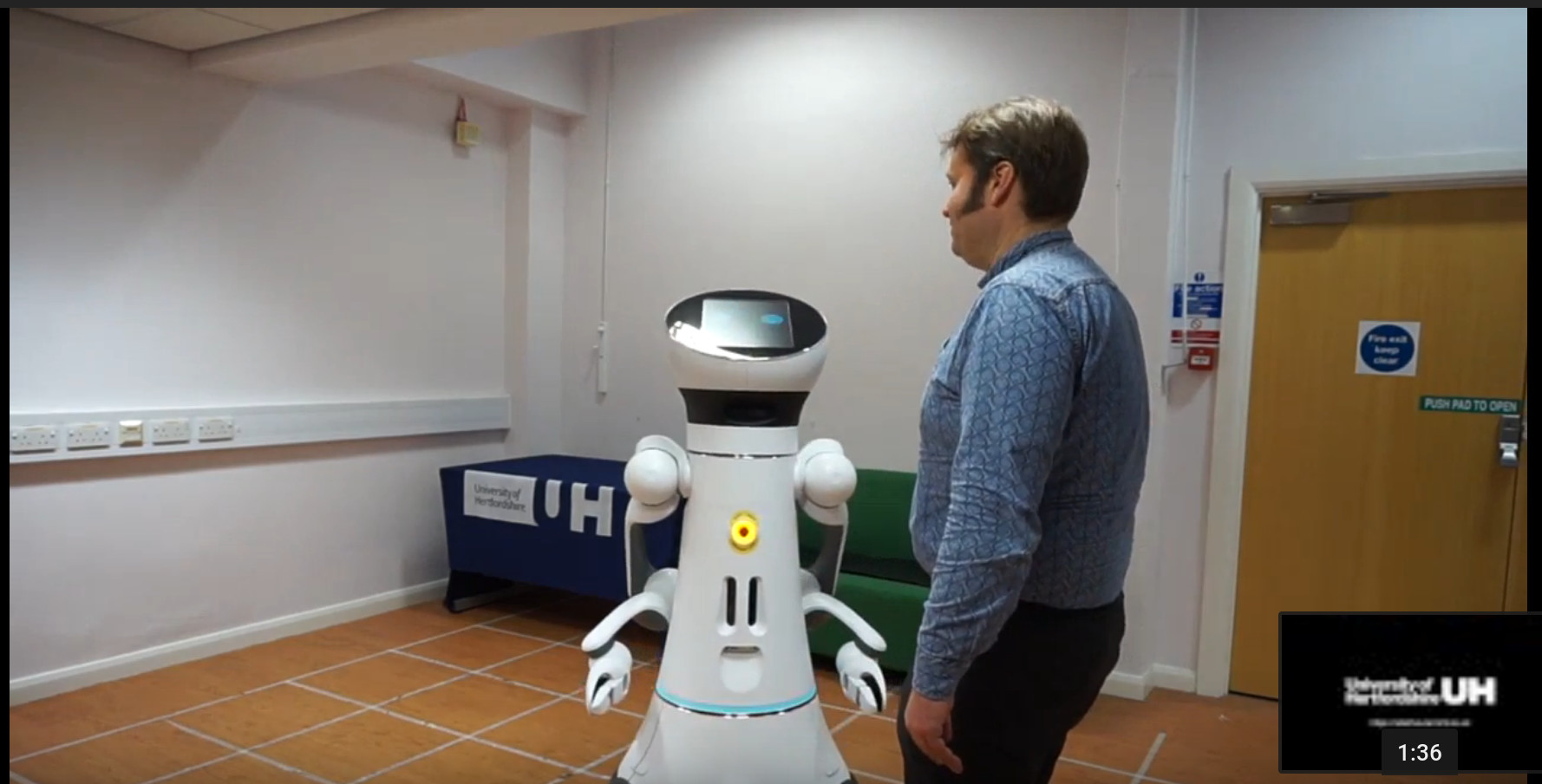 Outside of the movie shoot, I sorted out a journal article, another short paper, and created and printed out some flyers for recruiting my experiment. I received some good advice on how to make my flyers more interesting. We'll see if there are any bites. I also created a user interface to help drive the experiment. It will help with logging information, and make it more likely that I don't make a mistake.

Researchers the world over will tell you that it is important to run a pilot study before you start involving participants. They are correct! By the middle of the week, I had things ready so we could run a pilot at the house, where we could see how well things worked, what didn't, and what we had forgot. It was a big test for my navigation code and user interface for driving the experiment. The picture at the top of the page has Fetch looking expectantly for the pilot participant to arrive.

Despite some technical difficulties, the pilot went OK. But there were several things that needed to be addressed. We wrote these items into a todo list and started working on them. My hope is to get all those sorted early next week, so we can start the experiments in earnest later in the week.

On Friday, I was introduced to some robots that were used in art exhibitions. These robots were created by Anna Dumitriu and Alex May. They showed their Archaeabot, a robot that mimics archaea. They also showed some upcoming robots that simulated how an experiment worked with mice—these mice robots were much larger than a regular mouse—and a prototype for a smelling robot. I managed to leave all picture-taking devices at my desk, but I can link to this from Vanessa Graf of the Archaeabot; it's always nice to link to pictures that look amazing. 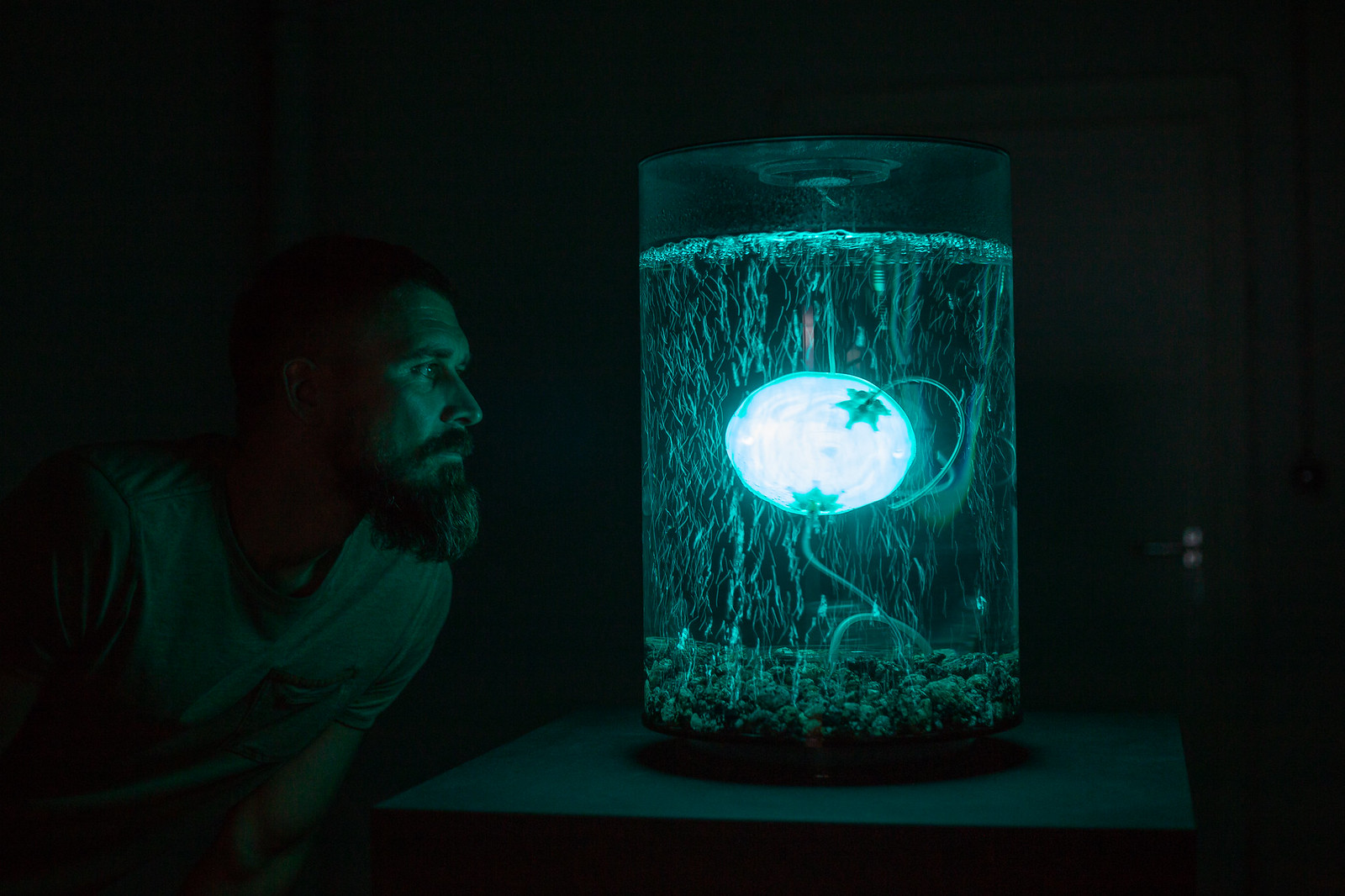 On Saturday, I participated in a pub crawl in Hertford that was organized by the local chapter of the Campaign for Real Ale (CAMRA). This is a local interest group that is concerned about preserving traditional beer-making in England (the basics are that the beer needs to be hand-pumped and no extra carbon dioxide is added). This also means that they want good ale too. I learned more than a few things about how pubs are organized, real ales, real ciders, and other bits of politics. Several of the members had been to Norway and always had a laugh about the prices, but really admired the Christmas beer (juleøl) tradition. Overall it was a wonderful and educational afternoon, it probably was helped by the fact that I was recommended to drink half-pints so that I wouldn't be too destroyed, and it was easier to remember things. I can certainly recommend using CAMRA's Good Beer Guide to help guide future pub explorations. This is an organic recommendation, not based on the number of pints I drank on Saturday.